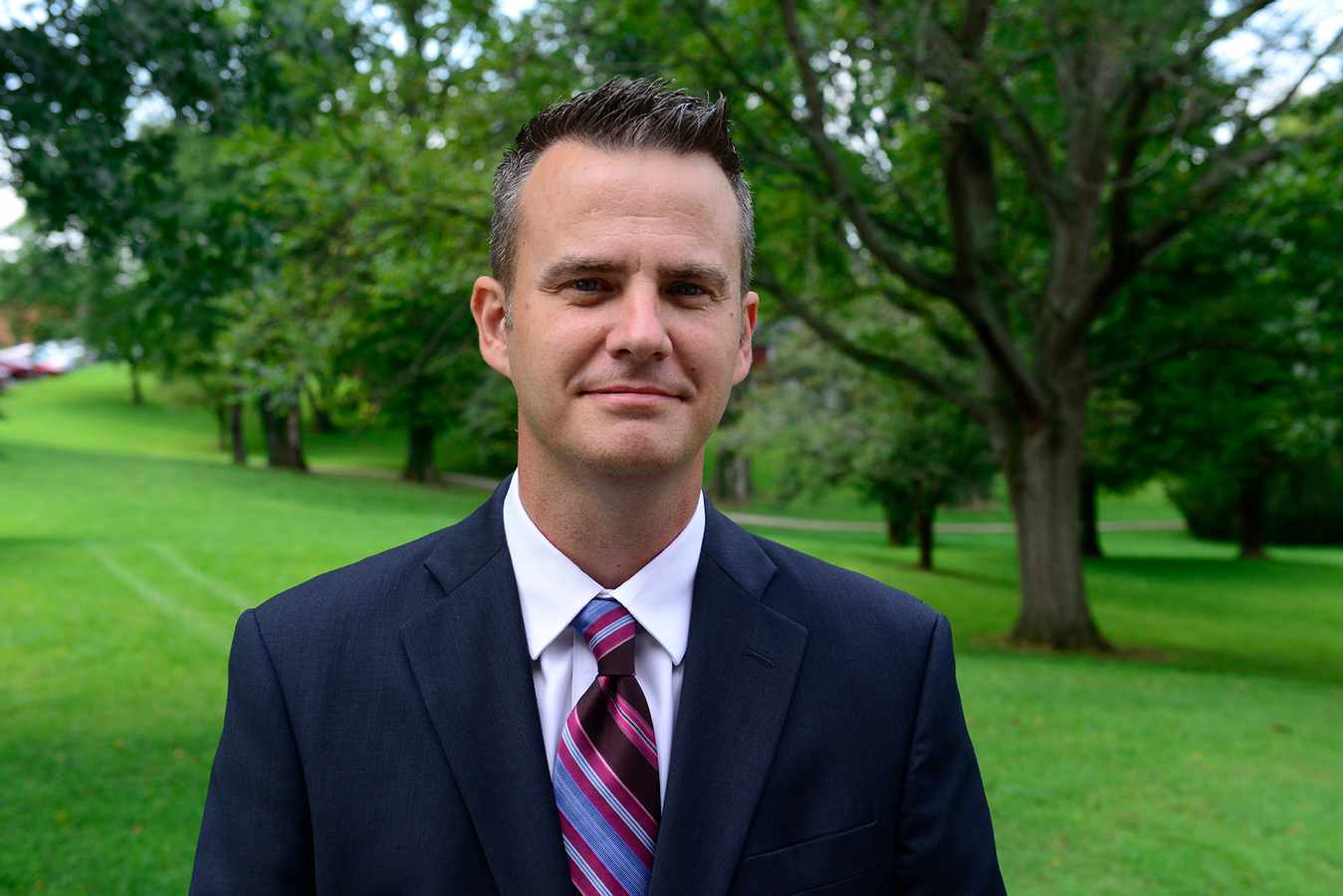 “It’s impossible for me to say his name aloud and not bring a smile to my face,” said LWC President William T. Luckey Jr., who knew Button for more than 25 years. “He was one of the nicest, kindest, most humble persons I’ve ever known. If you knew Brady Button, then you loved him like I do.”

Luckey described Button as a “major contributor” responsible for bringing millions of dollars in donations to support student scholarships and financial aid at the college.

“Brady is the only person I’ve ever known who didn't seek the recognition and glory, even when he was entirely responsible for the achievement,” Luckey said. “The college will continue to benefit from Brady’s work, as we are in the final stages of a large estate gift he secured.”

Colleagues said Button will be remembered for his easy-going demeanor and natural ability to connect with co-workers, students and donors.

“Brady had a quiet but determined approach to fundraising as well as life,” said friend and supervisor LWC Vice President for Development Kevin Thompson. “He was the kind of person who made everyone feel special and valued. There are a lot of folks who are a part of Lindsey Wilson today because of how Brady connected with them.”

Button was a basketball standout at Barren County High School, where he was a 1993 graduate. He was named to the first team all-region, two years all-district and was a member of his high school’s 1,000 point club.

“I would introduce him as a former Blue Raider basketball great, a three-point sniper! And Brady, true to form, would always downplay my ritual,” Starks said. “Brady is one-of-a-kind, a modest man with a great heart when it comes to others.”

‘One of the most special people’

LWC Dean of Students Chris Schmidt – who was friends with Button since serving as an assistant coach for the men’s basketball program when Button was a player – remembered Button’s natural gift for making others feel valued.

“Brady was one of the most special people I have ever known,” Schmidt said. “We have been friends for 26 years, and in that entire time I can’t tell you one person I have met that doesn’t think the same. Teammates, classmates, roommates, professors and employees all loved him. Brady didn’t leave any room for anything else but to love him, he is simply a good guy that made you happy to be in his company.”

After earning a bachelor of arts degree in business administration, Button spent seven years in sales before returning to LWC in 2005. Over the next 16 years, he served the college as its director of annual giving and then as director of major gifts.

“Brady was a key player in two successful capital campaigns,” said Thompson. “As the director of major gifts, Brady secured numerous six- and seven-figure gifts and was highly regarded by our alumni and friends. Needless to say, through his efforts raising scholarship support for students he helped change thousands of lives here at Lindsey Wilson College. He will be deeply missed.”

In his spare time, Button was an avid hunter and fisherman, and he participated in fishing tournaments across the state. But what he loved most was spending time with his family – wife, Emiley, and children, Landree and Laken. He supported and coached his daughter and son in a variety of sports and extracurricular activities.

“Brady Button was beautiful on the inside as well as the outside. He loved the Lord, his family and Lindsey Wilson College,” Adams said. “He was a true friend. His passing is just devastating. I have never had a better colleague and friend than Brady.”

Brady Conrad Button was born on Aug. 16, 1975, and lived the majority of his life in Barren County, Kentucky. Button is survived by his wife of 19 years, LWC Director of Nursing Emiley Wyatt Button; daughter, Landree; son, Laken; mother, Debbie Button-Wells and stepfather, David Wells; and three brothers: Brian, Blake and Brock. He was preceded in death by his father, Freddie A. Button.

The funeral service for Brady Button will be held 2 p.m. CT, Saturday, July 31 at the Glasgow Baptist Church with burial in the Caney Fork Cemetery. Visitation will be held Friday from 1 p.m. until 8 p.m. and 9 a.m., Saturday morning until time for the service at the church.

To go back to the Lindsey Wilson College homepage, Click Here.