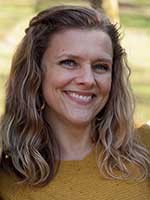 Mary Baker has been a member of the English faculty since 2019 and serves as the coordinator of the interdisciplinary studies program. She regularly teaches Writing Studies I and Writing Studies II. 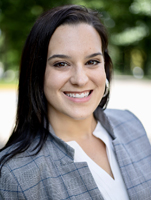 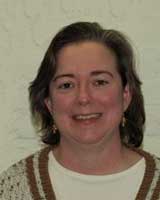 Dr. Robertson serves as her division representative to the Academic Affairs Council and the Library Committee. She also serves, by virtue of her position as the editor of the college's catalog, on the Graduate Committee. She has been the faculty advisor for the Student Government Association (SGA) since 2016 and to the Harry Potter Club since 2017. She is a past coordinator of the English program.
Dr. Robertson has been a member of the English faculty since 1996. In that time, she has taught a variety of both literature and writing courses for the program, including Shakespeare, British Literature I, British Literature II, History of the English Language, Major Authors, Women Writers, Studies in Narrative, The Teaching of Literature & Writing, Literary Interpretation, Intro to Writing Studies, and Writing Studies II. She is especially interested in the intersections of history and literature, using New Historicism as well as feminist and Marxist theory to inform her approach to the courses she teaches. In her spare time, she likes to garden, knit and read -- her Kindle is her newest passion -- and between April and September, she cheers the Cincinnati Reds and boos the St. Louis Cardinals. The Reds' too-early exit from the playoffs in October 2012 remains a touchy subject as does their terrible start to the 2018 season. 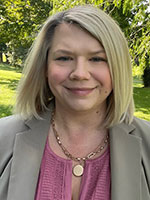 Dr. Smith received the Graduate Dean's Citation for her dissertation. She has also served as an Appalachian College Association Fellow and in 2016 was promoted to Associate Professor.
Dr. Allison Smith teaches in both the English and Women's & Gender Studies programs and specializes in basic writing, cultural studies, and feminist film theory. She regularly teaches courses such as Introduction to College Writing, Writing and Culture, Gender and Popular Culture, and Writing about Feminist Film. She has presented her research, primarily concerned with writing the body and narrative technique, at national and regional conferences such as the American Culture Association Conference, CCCCs, and the Louisville Conference on Literature and Culture. 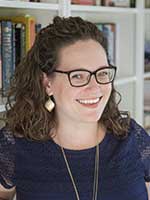 Dr. Steffens has essays in The Routledge Research Companion to Ford Madox Ford (2019), Trauma and Literature (Cambridge University Press, 2018), and War and the Mind (Edinburgh University Press, 2015). She has also been published in the Journal of Modern Literature and The Journal of Popular Culture. She is currently working on a book manuscript entitled Modernist Affirmation, in which she traces trauma as one of the most prominent discourses of the 20th century alongside modernist and contemporary postcolonial fiction.
Dr. Steffens specializes in 20th and 21st Century British and Anglophone/World Literature. Her research and teaching interests include trauma theory, modernism, postcolonial literature, film studies, and contemporary world literature. She routinely teaches Writing Studies II, Literary Interpretation, and World Literature, along with upper-level English courses including British Literature II, Modern Critical Theory, Studies in Genre (Memoir and Testimony), Literary Cultures (Modernism), Ethnic Literature (Postcolonial Literature), Transnational Literature (The Anthropocene in Contemporary World Literature), and History and Literature of Empire (with Dr. Elizabeth Tapscott). She has taught at Lindsey Wilson College since 2015. Dr. Steffens is currently serving as the English Program Coordinator. She is the co-faculty sponsor for Alpha Kappa Phi, the LWC chapter of Sigma Tau Delta International English Honor Society. She also serves as faculty editor for the Alpha Kappa Phi Review, the undergraduate scholarly journal in the Humanities. 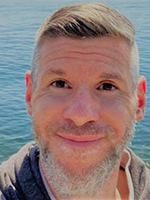 Caleb Dempsey-Richardson has taught at Lindsey Wilson since 2020. He teaches the first-year writing courses (Introduction to Writing Studies, Writing Studies I, Writing Studies II) as well as ESL. His research interests include narratology, the modalities of language, and how rhetorical appeals are effectively transmitted.
While not originally from Kentucky, he has lived the majority of his life within the Commonwealth and has deep family roots in the Lake Cumberland region. In his spare time, when not researching genealogy, he can be found pondering why The Simpsons is still airing and also wondering why is nevertheless watching these new episodes. 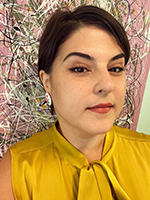 Dr. Cofer received a Research Practicum Grant to conduct archival research at Mystic Seaport’s Collections Research Center in Connecticut. Her work has appeared in Coriolis: The Interdisciplinary Journal of Maritime Studies, ABC-CLIO’s Hollywood Heroines: The Most Influential Women in Film History, and Women's Studies: An Interdisciplinary Journal. One of her current research projects, “Check her for marks!”: Teaching Bodily Consent and Autonomy through the Salem Witch Crisis Documents and Netflix's Fear Street: 1666, considers the ways pop culture representations of the Salem Witch Crisis can engage students to become further invested in reading early American documents. She regularly presents her research at the American Literature Association Conference and the International Gothic Association Conference.
Dr. Cofer specializes in 19th century American Literature, Gender & Women's Studies, and the Gothic. Her teaching and research interests include African American Literature, women writers, the Salem Witch Crisis, 19th century death culture, popular culture representations of Early American narratives and writing and composition. When she’s not teaching or writing, she can often be found holding her cat, Pearl.