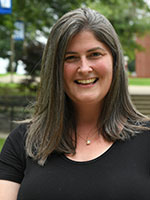 Elizabeth Tapscott received her Ph.D. in history from the University of St Andrews (Scotland) in 2013. She is a scholar of Early Modern Britain and Europe, and the Reformation. In particular, her research focuses on the propaganda of religious change in sixteenth-century Scotland. Dr. Tapscott has been at Lindsey Wilson college since 2015, teaching courses on World Civilizations, the History of Christianity, Tudor/Stuart Britain, and other European topics. Prior to coming to Lindsey, she taught at the University of Maryland, Baltimore County (UMBC) and Cecil College (MD). 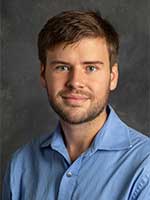 Caleb Wittum received his Ph.D. in history from the University of South Carolina in 2020. He is a scholar of Latin America, International Relations, and the Age of Revolutions. In particular, his research focuses on a group of South American revolutionaries and the ways they contributed to and challenged early nineteenth century definitions of liberty and republicanism.
Dr. Wittum came to Lindsey Wilson College in 2020, teaching courses on the United States, World Civilizations, and Latin America. Prior to Lindsey, he taught at the University of South Carolina. 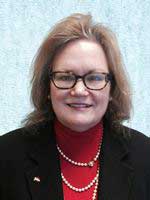 Associate Professor of Business and Economics

Dr. Morlino joined the Lindsey Wilson College faculty in August 2012.She has been an active participant in the world of business her entire life, starting with the family businesses in Mississippi. Having grown up in a small, farming community in the Delta of Mississippi, she learned early on that owning, operating, and managing businesses in various industries was something she wanted to be a part of. She earned her Bachelor of Science degree from Mississippi State University in Starkville, Mississippi. After graduation from Mississippi State University, Dr. Morlino continued her education at Louisiana State University in Baton Rouge, Louisiana, where she earned a Master of Science degree. After graduating from LSU, Dr. Morlino began her career in Little Rock, Arkansas, as the State Statistician for the United States Department of Agriculture. Her career path took her from Little Rock to Atlanta where she worked for many years as an Actuarial Analyst for a large, publicly held corporation in the financial services industry. A new baby changed her career path and Dr. Morlino was able to merge her analytical skills with a privately held corporation located in the Atlanta suburbs. As an adjunct professor of economics at a local college, she realized teaching was her passion so she decided to pursue her doctoral degree and entered the University of Georgia's graduate program in Economics. At the time, the University of Georgia did not offer classes in an online format so she completed her doctoral degree at Capella University with her dissertation, A Study of CEO Compensation and Firm Performance in the U.S. Airline Industry. In her spare time, Dr. Morlino enjoys spending time with her friends and family. 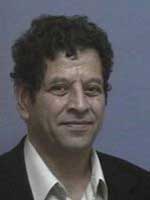