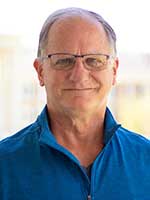 Other Experience:
Prior to joining the Lindsey Wilson College faculty, Robert Brock was Artistic Director of the highly acclaimed Kentucky Repertory Theatre in Horse Cave, Ky. During his tenure with KRT, the theatre was hailed as one of the "ten best small regional theatres nationwide," by USA Today, and was the recipient of the coveted Governor's Arts Award. He produced 86 plays while with KRT, developed and produced 11 new scripts, and his adaptation of Drinkwater's Abraham Lincoln was performed as part of the Kentucky Abraham Lincoln Bicentennial celebration. He is a member of Actor's Equity and has worked with Actor's Theatre of Louisville, The Folger Shakespeare Theatre, and Off-Broadway among many others. He has an MFA in Acting from Wayne State University and received WSU's Arts Achievement Award in 2004. He has developed a number of one-man shows and continues to perform them all around; Mark Twain, Billy Herndon (Lincoln's Law partner), The Gospel of John and The Book of Revelation. Awards, Fellowships:

Jeremy Cloyd is a theatre artist located in South Central Kentucky. He is currently an Assistant Professor of Theatre at Lindsey Wilson College where he teaches a broad range of classes including Introduction to Theatre, Acting, Children's Theatre, and Dramatic Literature while also helping to create opportunities for undergraduate students to be involved with and learn about the world of theatre through performance and production. He is also the Associate Artistic Director for LWC's Summer Theatre, TheatreFest! where he also serves as the director of their IMAGINE! Youth Theatre. Some of his favorite acting roles include Raleigh in Last Train to Nibroc, Proteus in The Two Gentlemen of Verona, and Jamie in The Last Five Years. More about Jeremy: www.jeremycloyd.com