LWC Honors Its Methodist Heritage With A Day of Celebration 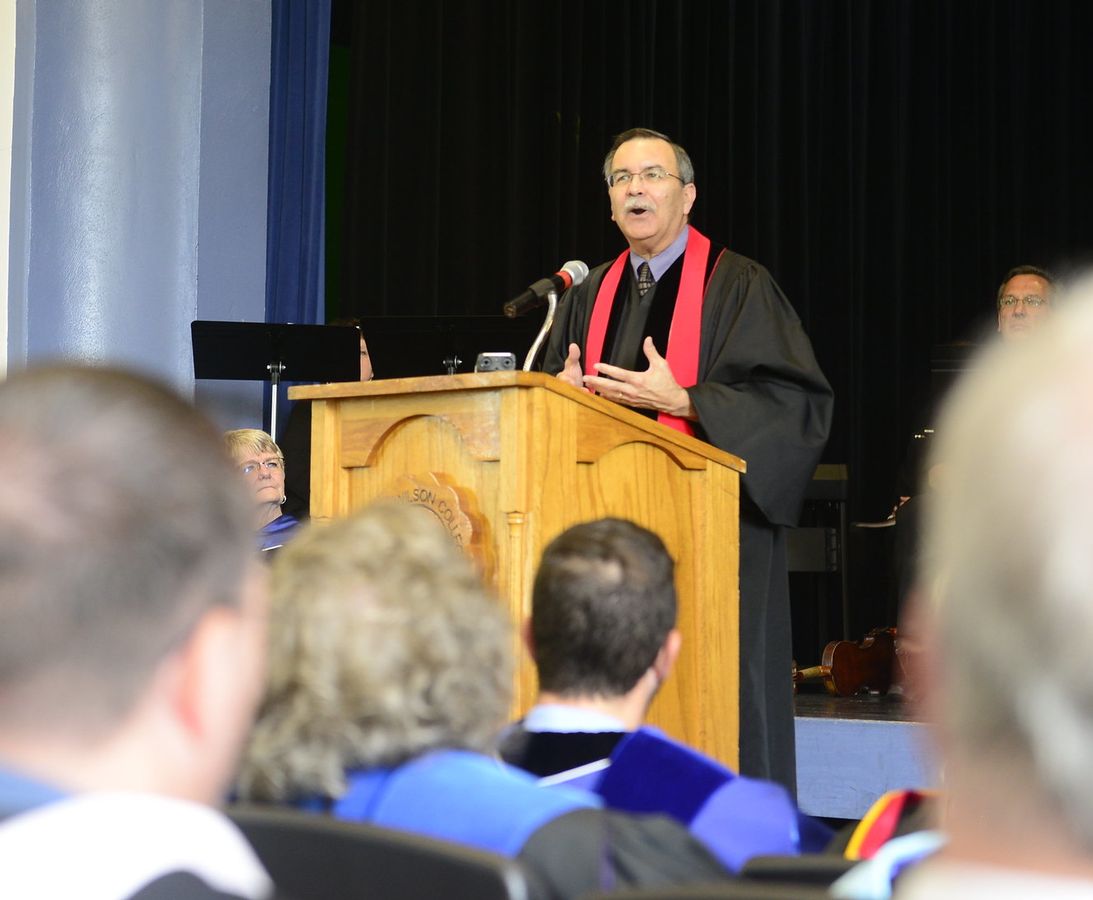 The college - which is affiliated with the Kentucky Annual Conference of The United Methodist Church - held Church Celebration Day in V.P. Henry Auditorium. Church College Celebration Day was started more than 20 years ago by then-LWC Provost and Dean of the Faculty Walter S. Reuling as an expression of the college's relationship with The United Methodist Church, which dates to LWC's founding in 1903.

The ceremony consisted of songs of worship, scripture readings, a college affirmation by Instructor of Religion and LWC Chaplain Troy Elmore, a church affirmation by LWC President William T. Luckey Jr., and a message by Rev. Dr. Paul Fryman who served the United Methodist Church for nearly 40 years as a pastor and then later as the district superintendent.

During his affirmation, Luckey upheld Lindsey Wilson’s commitment to the United Methodist Church and the college’s responsibility to honor religious practice and Christian tradition within the totality of the college.

“We affirm our commitment to the church by including in our faculty, staff and trustees, persons who are value-centered and understand and respect the relationship with the United Methodist Church,” said Luckey who has served as the eighth president of LWC since 1998. “We commit to expanding the impact of our faith and service beyond the boundaries of this campus and into this community, across this country and around the world.”

Fryman, who in addition to his service within the United Methodist Church, also served the LWC Board of Trustees for nearly 15 years. For his career in the ministry and his support of Lindsey Wilson, the college honored Fryman in 2008 with an Honorary Doctorate of Divinity degree, the highest honor awarded by LWC.

“It is a joy to be back on campus and be with you as we celebrate the missional unity of church and college,” began Fryman. “And together, to make the cycles of Jesus Christ for the transformation of the world of which we live.”

Fryman’s sermon was a message of encouragement to believers – telling them to not be dismayed during seasons of spiritual drought.

Fryman continued his message with the assurance of God’s faithfulness and that “at the scent of water” a replenishing can happen.

“What I’ve found, more often than not, is that God never puts a period on the seasons of our life. He puts a tail on it and makes it a comma,” Fryman said. “It’s a season, only a season.”

“Are you experiencing a drought of the heart or the soul?” Fryman asked in conclusion. “It happens. But do you hear that? I think I hear, in the distance, a clap of thunder. You will revive at the scent of water.”