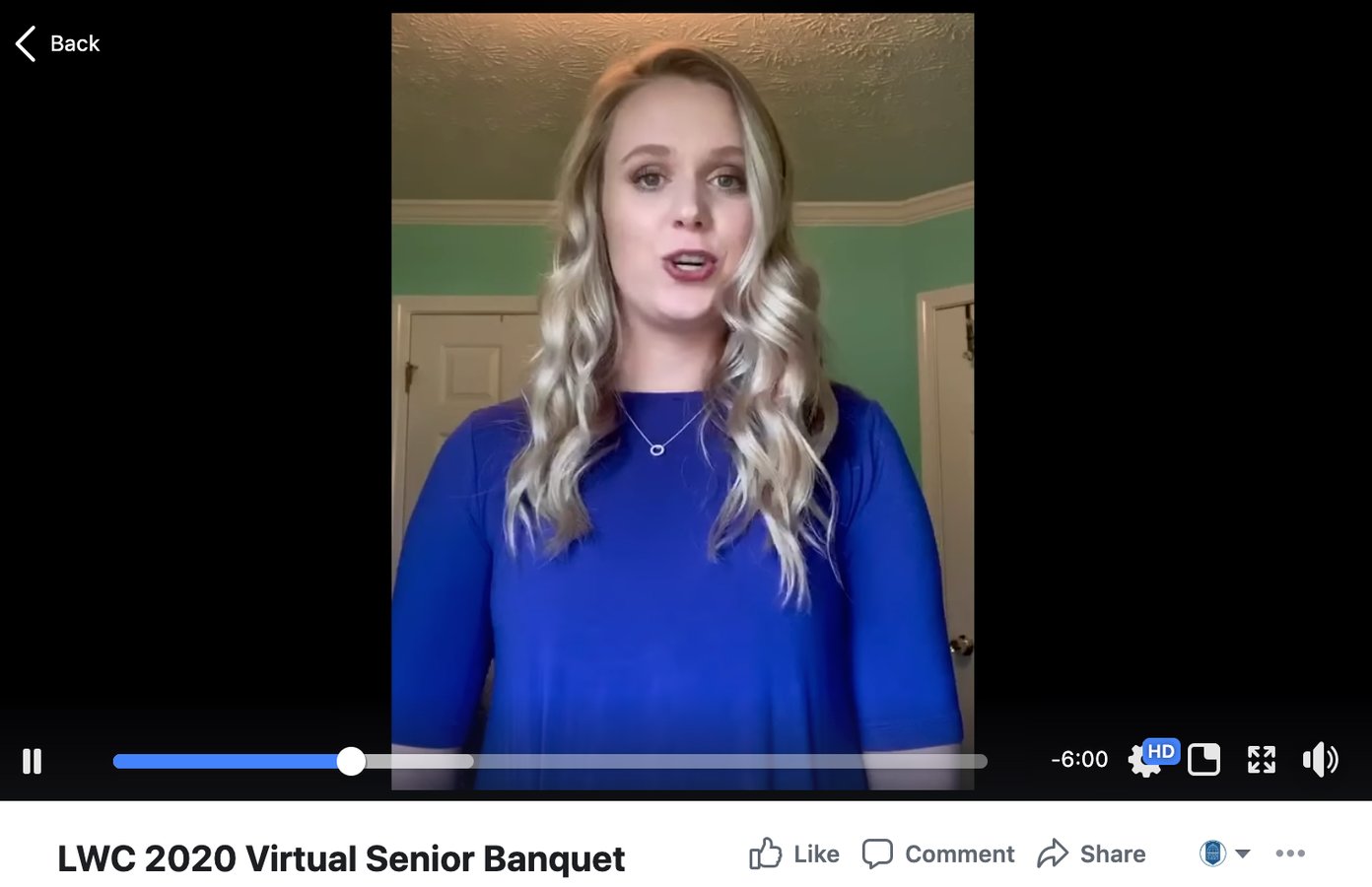 COLUMBIA, Ky. -- The 2019-20 academic year at Lindsey Wilson College came to a close last week. Because of restrictions due to the coronavirus pandemic, all senior events and award ceremonies were cancelled. However, LWC found alternative ways to recognize students for excellence and service.

More than five dozen individuals were honored by the 117-year-old liberal arts college for academic achievement during the 2019-20 academic year. The annual Honors Convocation ceremony was cancelled but LWC faculty, staff and administration made the most of a challenging situation by placing personal phone calls to each of the award recipients. LWC President William T. Luckey Jr., recorded a message congratulating the top students that were recognized.

Also cancelled was the College’s annual senior banquet. LWC posted a video on May 1 of what would have been the eve of the 111th commencement ceremony. Students watched recorded messages from LWC National Alumni Association President Drew Sadler, Alumni Director Hannah Peck, President Luckey and senior class officers Gracie Kurtz from Brooksville Ky., and Molly Carnall from Shepherdsville, Ky.

LWC business administration senior Jakob Beckley of Pleasureville, Ky., received the President's Award, which is presented to the graduating senior who in the opinion of the LWC president best embodies the LWC mission.

LWC Instructor of Religion and Chaplain Troy Elmore was named Teacher of the Year by the LWC SGA; and Director of Learning Delivery and Design Dennis Robinson received the Commitment to Excellence in Education Award.

The LWC Singers were named the top student organization by the LWC Student Government Association. For more than 20 years, the Lindsey Wilson Singers have toured throughout the United States and Europe, giving concerts in more than three dozen states and six countries. Members of the Lindsey Wilson Singers often credit the tours as life-changing experiences. The LWC Singers are directed by Associate Professor of Music Gerald Chafin.

Lindsey Wilson College was forced to postpone the College’s spring commencement ceremony due to restrictions from the coronavirus pandemic. LWC will make an announcement about the rescheduled ceremony when plans have been finalized.

* Club of the Year: LWC Singers

* Male Scholar-Athlete of the Year: Cameron Dukes from Shepherdsville, Ky.

* Female Scholar-Athlete of the Year: Elly Burke from Louisville, Ky.

* Teacher of the Year: Instructor of Religion and Chaplain Troy Elmore

School of Business and Communication

School of Arts and Humanities

* Women's Studies Award for Excellence in Scholarship and Service: Emma Turner from Monticello, Ky., and Tiera Heady from Loretto, Ky.

School of Mathematics and Sciences