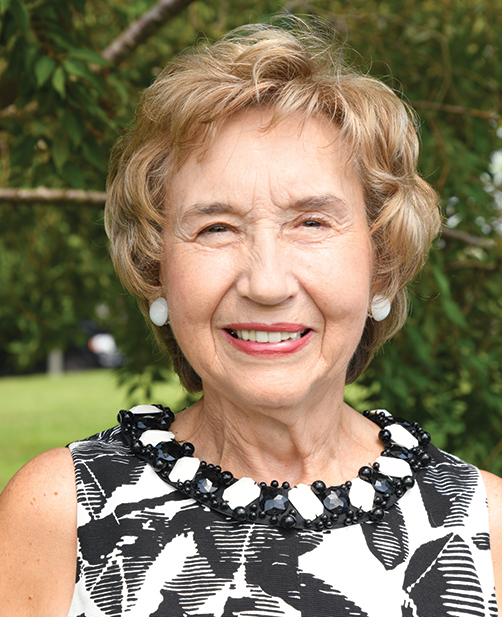 Few alumni have been more important to the growth of Lindsey Wilson College than Linda McKinley Grider. Her steady presence over the years as an alumna, staff and faculty member is tangible in the number of long-standing programs and initiatives she has helped to develop. Grider arrived at LWC in the mid-1960s and was an active member of the student body. She served as a student council member, sophomore class president, and was voted “Most Likely to Succeed” by her peers. She received the chemistry award and was valedictorian of her graduating class. Following her time at LWC, Grider earned a bachelor’s degree from the University of Kentucky and master’s degree from Western Kentucky University. She taught secondary education in the Jefferson County Public Schools before returning to LWC. From 1979 to 1986 Grider served the College as director of admissions, director of financial aid, and eventually served as vice president for enrollment management. The LWC Student Ambassador program and the Community Outreach program, which are still active today, were created during her early tenure. Grider saw Lindsey Wilson become a four-year institution in 1985 and she was responsible for the hire of current LWC President William T. Luckey Jr., as an admissions counselor. Grider has also enjoyed a distinguished career outside of LWC. She was the first woman to serve as human resource manager at Batesville Casket Company in Campbellsville, Ky. She served as a learning manager and was responsible for onboarding and training of new employees during the 1999 opening of the Amazon Fulfillment Center in Campbellsville. And she staffed and provided all human resource functions for the 300 employees of CLARCOR, Inc. Grider has served Lindsey Wilson as a faculty member since 2010. She is an instructor of business and launched the Center for Entrepreneurship. This high-impact learning initiative is designed to provide students with innovation and problem-solving opportunities they would encounter in the real world. The Center has received statewide recognition from entrepreneurs and government entities. Grider was also involved in the launch of LWC’s first-ever MBA program and the introduction of the Masters of Science in Technology degree. In her spare time, Grider owns and operates a black Angus cattle farm with her husband, Donnie, in Adair County, Ky. They breed, train and exhibit Tennessee Walking horses. She enjoys gardening, landscaping, cooking, decorating and working on their farm.