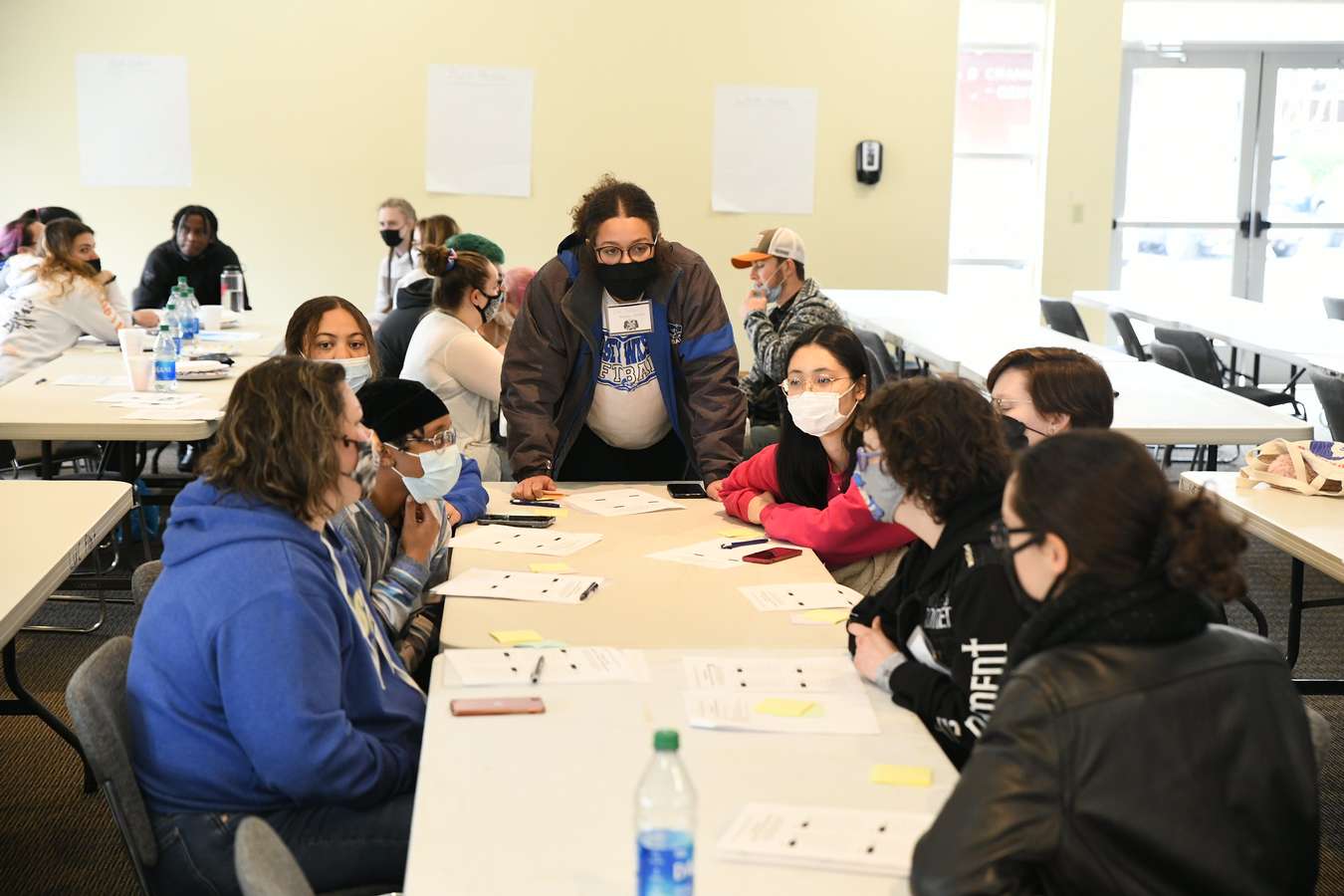 That was the message delivered by Leon Ellison during his keynote presentation at LWC’s first-ever Multicultural Retreat on Saturday, February 26 in the Norma and Glen Hodge Center for Discipleship.

According to event coordinator Catherine Wibbels, the purpose of the Multicultural Retreat is to develop a greater understanding of what it means to be diverse; to accept the diversity of others; and to acknowledge our own diversity and unconscious biases as well as the commitment to bringing awareness of diversity, equity, and inclusion to the LWC campus culture. The Multicultural Retreat was the final event in LWC’s Black History Month celebrations.

“The BSU wanted to do something that left a mark on the College and made a difference,” said Wibbels who serves as LWC’s women’s resident director and Black Student Union staff advisor. “As a group, we talk a lot about stereotypes within a diverse student population in a small college town. That led to discussions about organizing an event that brought everyone on campus together to debunk stereotypes and bring awareness to cultural belief systems that influence the way we respond to certain people or groups.”

LWC Assistant Professor of Psychology William Neace said that attending the retreat was important to him because the more he can understand his students the better he can serve them.

“Not only is it important for me to be here as Lindsey Wilson faculty but it is also important to me personally,” said Neace. “I grew up an obese child and as a result, I experienced microaggression and outright aggression and discrimination. It’s very important to do something with the current generation about this continued and unfortunate aspect of our society. If this is held again next year I will offer incentives for students to attend.”

LWC business administration senior Don Trowell from Louisville, says the retreat is a balanced way for people to have “uncomfortable conversations” in an effective and safe environment.

“This retreat is our way of responding to the nationwide conversations about equity, diversity, inclusion and systemic cultural beliefs,” said Trowell who is senior class president and a member of LWC’s BSU organization. “I think that having a safe environment is important because people are deterred from asking the tough questions because of fear of judgment or saying the wrong thing.”

Ellison wrapped up his talk by encouraging those in attendance to commit to interacting with culturally diverse individuals.

“We used to say our nation was a melting pot,” said Ellison. “Guess what, that is an invalidating statement. A melting pot means everyone has to melt together to live together. That language has changed. We should be a salad bowl. If I’m a tomato, I get to lay in the salad bowl as myself and I don’t have to conform to be anything else. But to do that we must commit to being around people who are different from us and have different beliefs. That is so important if we want to see real and meaningful change.”